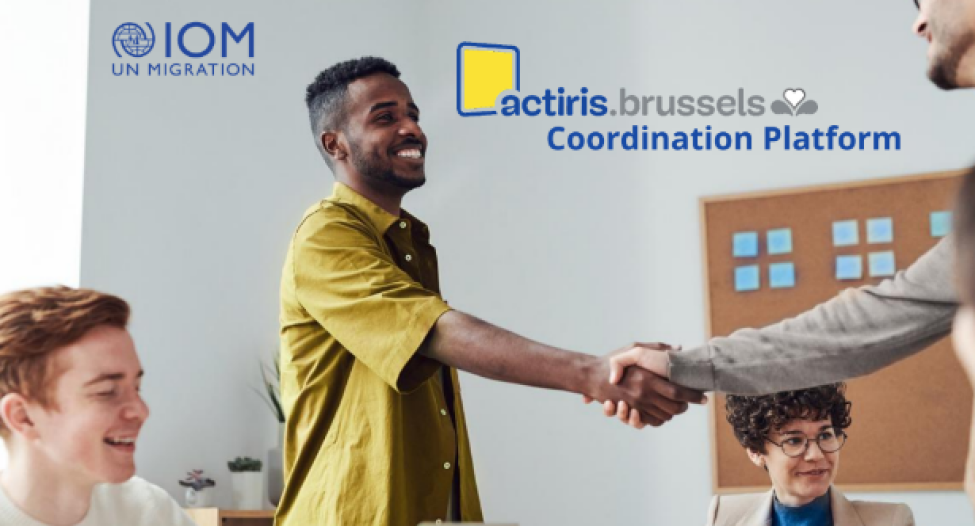 Brussels – Last week, the IOM Country Office of Belgium and Luxembourg, in close coordination with Actiris, the Brussels regional employment agency,  successfully concluded the first phase of the Actiris Coordination Platform project. The aim of the project is to improve the coordination among actors active in the field of labour market integration of newcomers in the Brussels-Capital Region, through the development of an in-person and a digital platform.

This summer, the project team established an extensive preliminary database, to be fine-tuned throughout the project, categorizing around 300 actors that are active in the field of labour market integration of newcomers in the Brussels-Capital Region. The project team also prepared a survey to inquire about the current status of coordination between the actors as well as their needs and expectations with regards to the functions and management of a – in-person and digital - coordination platform. With the support of Actiris, the survey was sent to 220 actors, of which 81 replied in a timeframe of four weeks. Based on these results, it became clear that the current coordination is unsatisfactory and that most actors are in favor of an in-person and a digital coordination platform. These survey results were used as a baseline for two working group discussions to obtain more qualitative inputs for the development of the platform. On Tuesday 20th of October and Thursday 22nd of October, 17 actors representing 14 organizations participated in the first cycle of consultations, which were organized online due to COVID-19 restrictions. Through these discussions, the participating actors were encouraged to give their inputs on the mission and vision of the platform, as well as the functionalities and the management of the platform. Together with the survey results, the outcomes of these consultations are of undeniable value for the development and conceptual orientation of the coordination platform.

In the second phase of the project, the project team will map, examine and benchmark good practices of coordination platforms in Belgium and Europe and will conduct study visits to the best examples identified.

To learn more about the project itself, financed by the European Union via the Structural Reform Support Programme and implemented by IOM and Actiris in close coordination with the European Commission, click here. 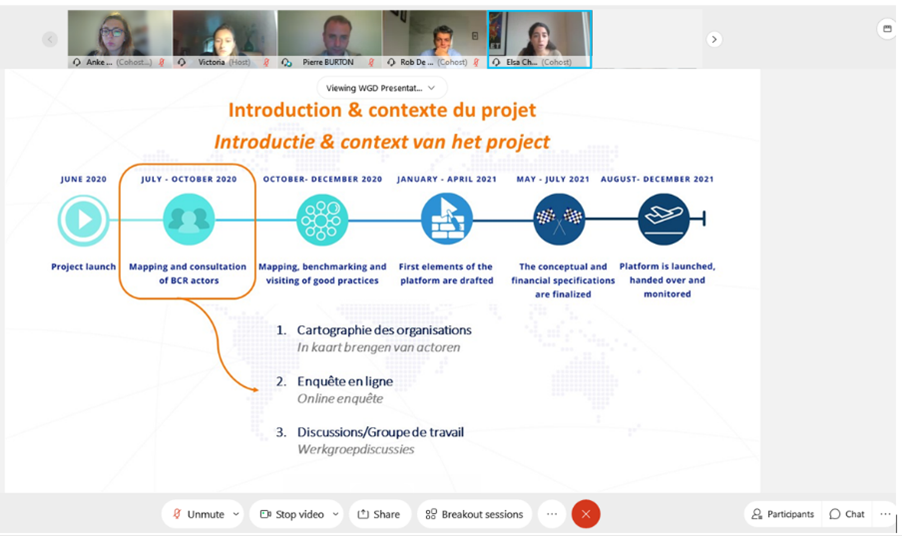 This project is implemented in coordination with Actiris.

This project is funded by the European Union via the Structural Reform Support Programme and implemented by IOM in cooperation with the European Commission.