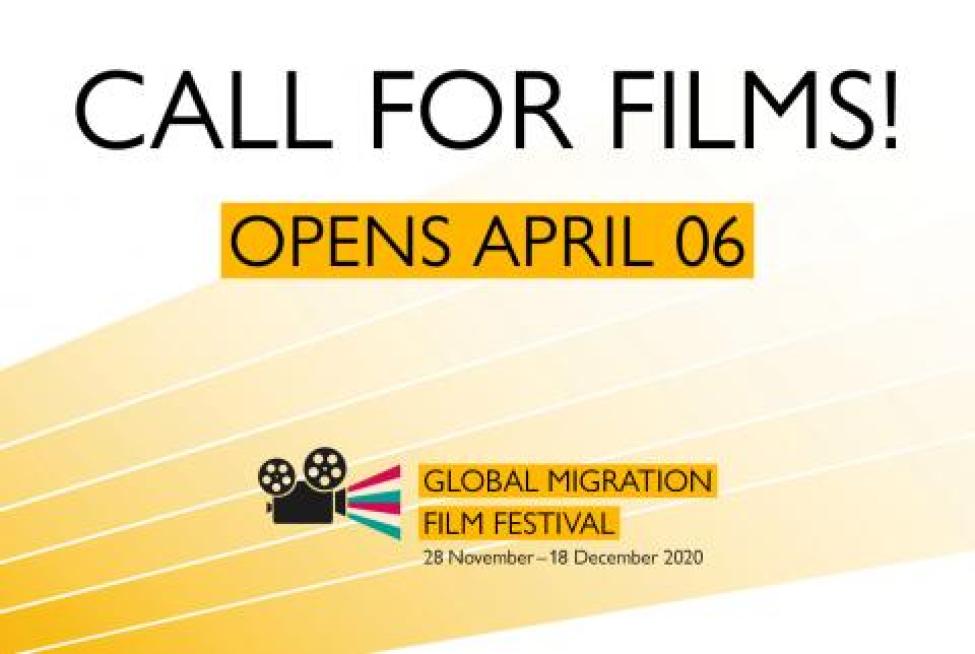 Geneva – The world’s largest film festival dedicated to migration is launching its Fifth Edition, starting with a worldwide call for entries. All submissions will be considered for the festival in the categories of features, shorts and online films. All submissions may be offered for review starting next month (6 April) and must be submitted no later than 21 June 2020.

The Global Migration Film Festival (GMFF) is unique: it is the world’s only film competition to take place on six continents at once, with more than 700 screenings worldwide last year. In light of the unfolding COVID-19 global emergency, the festival will offer online screenings, debates, interviews with filmmakers and migration experts at a time of social distancing and remain responsive to the situation.

Founded by the International Organization for Migration (IOM) in 2016, The Global Migration Film Festival refocuses conversations about migration, offering a kaleidoscopic view. It links audiences around the world with the enduring drama of human migration, which has provided so many of the core components of cinema since the medium’s invention – by migrants – almost two centuries ago.

In 2019, during the GMFF’s 4th edition, films of all types were screened before some 60,000 viewers. From 607 films submitted for a judging panel’s consideration last spring, 32 ultimately were screened in venues shared by IOM missions in 108 countries, often in multiple cities on the same day. Finished works in nearly two dozen languages were seen by thousands of film fans – in theatres and classrooms, in embassies, even in desert transit camps where migrants watched on makeshift screens.

The festival each year culminates with an awards ceremony on 18 December, which is observed worldwide as the UN’s International Migrants Day.

In 2020, IOM intends to present its GMFF as an online festival. This, in addition to live screenings across the globe, is due to current concerns with the global COVID-19 pandemic. IOM will be hosting panel discussions, international virtual art events and more – both in live venues and online.

All films that show the promises and challenges of migration are eligible for consideration.

Winning films will be determined via juries of film professionals, academics, international migration experts and the audience around the world.

Only films submitted through Film Freeway will be considered.